In a new survey by the Lee Kuan Yew School of Public Policy (LKYSPP) and UOB, it was revealed that many Singaporeans still use ATMs and visit banks, despite using mobile banking multiple times each month. Singapore. A national survey on digital inclusion and resilience by the Lee Kuan Yew School of Public Policy (LKYSPP) with UOB found that 3 in 4 Singaporeans still use ATMs multiple times per month. Meanwhile, 1 in 4 Singaporeans visit their bank’s branches several times monthly.

The survey involved 2,000 Singaporeans. Its aim is to give insights into inclusive banking by assessing the behaviours and attitudes toward the adoption of digital banking, as well as its resilience.

The survey also showed that people who go to bank branches and ATMs aren’t resistant to mobile banking. Instead, they have the highest intention to take advantage of it.

Similarly, those who do not visit bank branches also showed a high intention to adopt mobile banking. This proves that banking digitisation is accepted by most population segments. 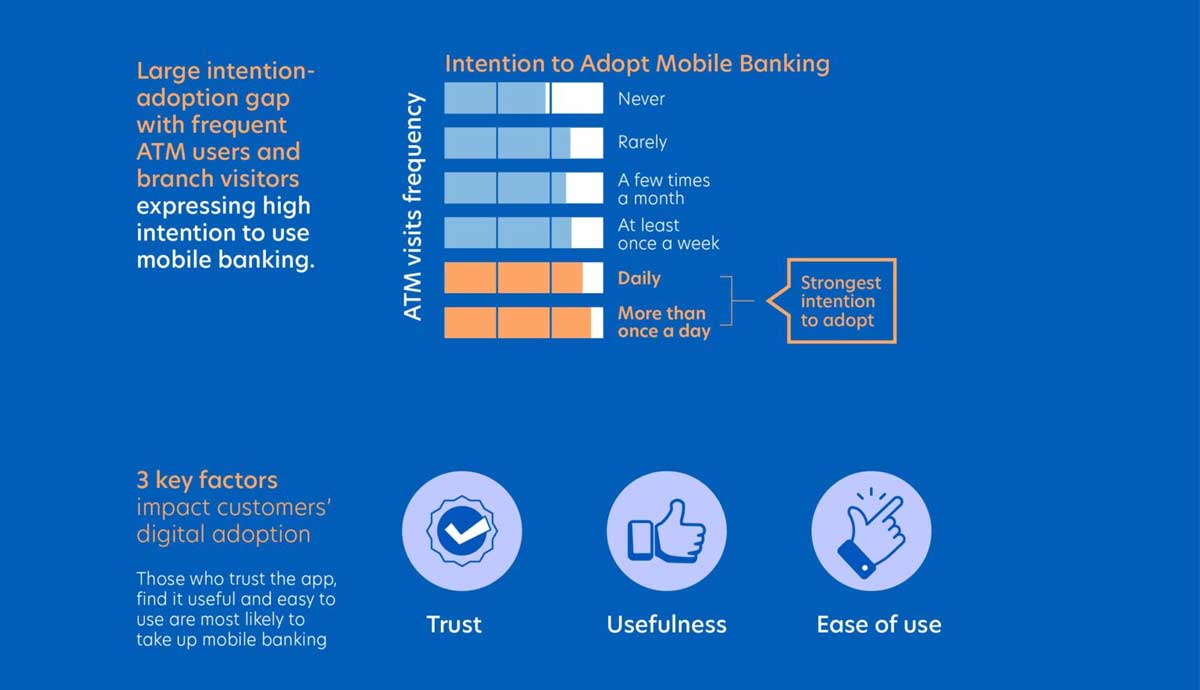 Additionally, the survey aimed to understand how susceptible Singaporeans are to scams. Surprisingly, it was found that those under 25 years old are 10% more susceptible to scams compared to older adults aged 65 years and above.

UOB is set to launch their TMRW’s #BetterTMRW financial literacy (FinLit) initiative, a programme that will educate and guide customers to be digital savvy so they can achieve financial security.

The program is geared to suit different age groups. It will use various formats such as videos and quizzes.